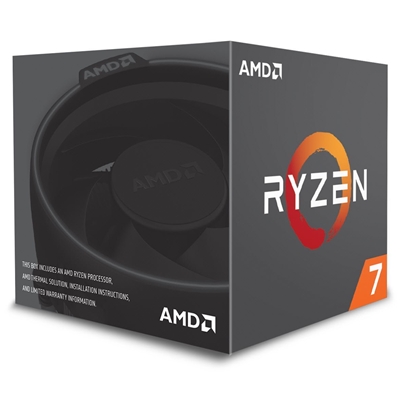 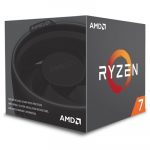 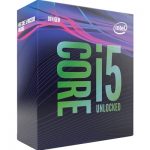 2ND GENERATION AMD RYZEN 7
The Ryzen 7 2700X Gen2 can provide you faster and smoother computing experiences. Allow Ryzen to power your experience and be prepared to dominate tasks both in-game and out. Driven into existence by the users passion AMD have forged a processor with the performance power to dominate your favourite applications, games and more.

ZEN+ ON GEN 2 RYZEN
The 2nd Gen. 2000 Series AMD Ryzen processors build on the phenomenal performance the world witnessed with the legendary 14nm Zen Architecture, by moving to a smaller fabrication process to deliver more efficient chips, running faster & cooler, while infusing the latest innovative technologies from AMD. This 12nm Zen+ Architecture at the heart of Ryzen 2nd Gen. CPUs, allows AMD to deliver some the best performing processors, ever.

AMD WRAITH COOLING FOR SOCKET AM4
AMD have stepped up the ante with a whole new line of AMD Wraith Coolers for the Ryzen 2000 processors. This 2600 AMD CPU comes free with the RGB Wraith-Prism cooler that features near-silent acoustics coupled with capable thermal performance. This cooler features a configurable RGB LED illumination so your Ryzen processor looks as good as it performs.

X470 MOTHERBOARD OPTIMISED
The 2nd Gen. AMD Ryzen processors using Zen+ are optimised for use with the brand new X470 motherboard platform, allowing users to take advantage of all the improvements & new technologies packed into the ultra-small 12nm CPU die.

COMPATIBLE WITH EXISTING AM4 MOTHERBOARDS*
Already have an AM4 Motherboard, or dont need all the features of the X470? Dont sweat. AMD AM4 Motherboards shipping now with the AMD Ryzen Desktop 2000 Ready badge on the box are guaranteed to be compatible, while many motherboard manufacturers are offering BIOS updates to enable support on previously purchased motherboards*. Once you know your AM4 motherboard is compatible, or you have installed your BIOS update, installation is the same as any other Ryzen 3, 5 or 7 Processor. Even better cooler compatibility is the same too!

*Please look for the AMD Ryzen Desktop 2000 Ready badge, or check with your motherboard manufacturer to find out if a BIOS update is available & required for compatibility with the AMD Ryzen 2000 Series CPUs.

PRECISION BOOST
Adjust your clock speeds to accelerate the applications and games you utilise.

SMART PREFETCH
Complex prediction of the data needed for your applications.

EXTENDED FREQUENCY RANGE
Using a combination of temperature and power sensors Ryzen CPUs can overclock themselves to unlock even more performance.

SOCKET AM4
AMD Ryzen CPUs require a new Socket AM4 motherboard. Choose from a variety of chipsets, including AMD X370, B350 and A320.